The great artists of yesteryear always had some kind of awesome dedicated creative space, and many of my contemporaries do as well – and there is always something inspiring to be found not just in the process of the artists, but in the very space in which they create. No creativity happens in a void – and it’s easier to create great work in a place that is filled with examples of the great work of others.

In the opening of the tv series THE RAY BRADBURY THEATER, you got a glimpse of Ray’s basement workspace, his “Magician’s Toyshop”, which was filled with all manner of inspirational things: books and comics and models and toys and on and on. Ray’s contention was that all he had to do to find material for his stories was sit in the overstuffed basement and look around. One of my personal art heroes, Mike Kaluta, has always had an effortlessly cluttered studio space filled with things like peacock feathers and art books and tools of his craft, and along with his colleagues Jeffrey Jones, Barry Windsor-Smith, and Bernie Wrightson, established a near-legendary space called “The Studio” in a twelfth story loft in New York that has inspired me for my entire career.

I have always aspired to do my work in such an inspirational creative space, and gradually, my workspaces grew larger and larger, finally culminating in the facility in which I now spend the majority of my waking hours.

The Coppervale Studio earned the nickname “The Chocolate Factory”, because it is very large; is run by a very eccentric, unusual guy; and is full of unexpected spaces and extraordinary things. My intent was to have a place large enough to be able to do almost anything I imagined – up to and including making movies – and where if I was feeling creatively blocked, I could move twenty feet in any direction, and find myself in an entirely different creative environment.

Here, I am surrounded on all sides by the art, books, comics, and other things I love – all the things which made me want to do creative things for a living. 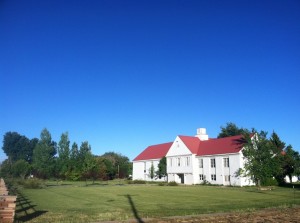