Right about three weeks ago, I started a very intense diet that consisted mostly of juicing. I’d been working on being more health-conscious in my choices for a few months already, and a couple of documentaries convinced me that I should jump in with a more fully-committed attitude. It has been at best a mixed success.

For one thing, it was a fairly radical shift for me. And for another, I have a spectacular ability to rationalize the occasional departure from the plan. It began innocently enough with me joining in on moderate portions of the evening meal; but there were some real jumps into outright defiance, like that great dinner at Pete’s Fish and Chips when we took a weekend trip to the Valley of the Sun.

It became easier and easier to veer away from my plan – realizing I did need more proteins and fats to operate was a part of that; having a nasty infection that weakened me pushed me further. And the net results of all the choices of the past three weeks are these: 1) I haven’t lost much weight; and 2) I realized that I absolutely have a renewed commitment to adhere to the plan I started – because I really have felt better, and have had more energy, and most of all, felt worse (far worse) when I partook of foods that fulfilled an emotional need but which were really, really bad for the state I was trying to keep my body in.

The latter was a lesson I would not have learned had I not started the ambitious program, and then veered from it. I needed to actually hit a wall to understand what the stakes actually were – and so this morning, when I headed for something for breakfast that would have skewed the day, I took one spoonful…then set it aside. Because now I really knew.

Sometimes we need to make our mistakes to understand why we are choosing a path – and if you learn from them, and those lessons make your course clearer, then they weren’t really mistakes at all. 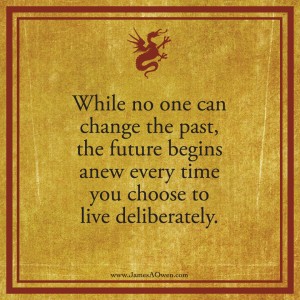