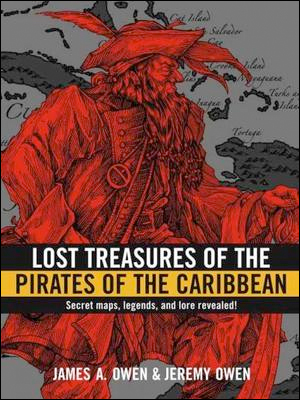 For centuries, the lore of swashbuckling pirates has captured our imaginations. But pirates really did exist, and they hid treasure in secret coves, on unknown islands, and in abandoned ports. And to keep track of their treasure, they made maps—crude, hand drawn maps that sometimes even the pirates themselves couldn’t read. But that all changed when the buccaneer Henry Morgan hired silversmith Elijah McGee to draw his treasure maps; this led to a dynasty of mapmakers.

Until now, no one has been able to tell if McGee’s maps really have clues to a lost treasure.

This book, filled with Pirate lore and authentic new renderings of actual pirate maps, is also a book with a secret: it’s one of the lost chronicles of the Imaginarium Geographica – because it tells the story of the friendship between the mythical Captain Charles Johnson, the rogue Caretaker Daniel Defoe, and the mapmaker Eliot McGee! In many ways, it is a companion book to THE DRAGON’S APPRENTICE, and should not be missed!