No one ever inspired anyone else to greatness by pretending to be less awesome than they really are.

The corollary idea that follows is of course that no one ever inspired anyone else to greatness by being less awesome than they have the potential to be.

And no one ever inspired themselves to rise to that potential by acting as if they were not, in fact, awesome.

Sometimes, we do make mistakes — but knowing that means you have the chance to change your path. When you know better, do better. That’s all. Now go forth into your day and be Awesome. 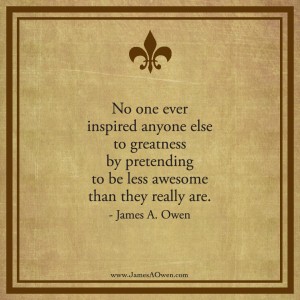