A few months ago, during the Superstars Writing Seminars in Colorado Springs, a dear friend of mine – whom I didn’t realize had moved to the Springs – contacted me, and we planned to get together for lunch, or even just a quick hug and a hello…and then, I just never could. The schedule was full, AND I got pretty sick while I was there – but I didn’t follow up with her either, and just left her hanging. And I felt terrible – but never said or did anything to resolve it, until a few days ago, when I saw her posting on facebook, and I bit down and wrote her a blunt, straightforward apology note. She responded immediately with so much forgiveness, grace, and affection that it pretty much made my day. (Love you much, Amanda﻿. 🙂 )

That exchange remained on my mind as I’ve been working through some other complex things in my life, and last night, I was earnestly working very hard to put myself in a state of “Real Magic” as my guide Wayne Dyer would put it. My intention was to deliberately set aside any hurt I felt in any relationship, and make certain I offered only love in return. No blame, no justifying, whatsoever, in any feeling in myself, or in what I offered to them, except acceptance and love that they are who they need to be.

And in pursuing this mental exercise, I flashed on the memory of someone – an old friend and business associate – whom I thought, regretfully, I would just never be friends with again, because we had both harbored – and justified harboring – very harsh feelings about each other for a very, very long time.

The biggest obstacle, to me, was that all of his feelings about me were entirely justifiable. I was young, semi-stupid, still learning a lot, and making a lot of mistakes. And I had found many reasons to defend those mistakes, and to be hurt by his treatment of me, and to justify feeling badly towards him in return.

And I set all of that aside, tracked down an email address, and wrote, much as I did with Amanda, a deeply heartfelt apology letter, acknowledging all of my failings, wishing him well, and then saying, simply, “You were once a great part of my life, and I am grateful for the influence you had on me, for your belief and trust in me, and the love you extended to an ambitious, stupid kid. And if it means anything, I am still your friend, and always will be – and I love and respect you very much. If you ever need something I can do, please call. I will not fail you.”

And I thought that was that.

This morning, amidst dealing with/processing some other stresses, I strove to keep myself in that place of Real Magic…and just before 11, I got a reply from his wife. My old friend had been very ill, and had just read my email, and although he wasn’t strong enough to speak, he wanted me to know he had forgiven me, long ago, and that he loved me too, and was looking forward to seeing all of the new projects I was working on.

And I sent a few happy texts, and went about my workday – and in the course of the day, saw posts from friends: one, commenting on the two-year anniversary of the death of his beloved companion; another, from a friend who had been told her grandmother was sick, and planned to call her – then found out her grandma had died last night. And others. And I sat here, glad that I had done what I did, because it removed a weight I had carried for a very long time – and I removed the weight by choosing to open myself up to not feeling anything except love, and the hope I’d be loved back, and that’s all.

At a little after 4, I checked my email and had another reply from my old friend’s address – it was his daughter writing to tell me he had just passed away, and she wanted to tell me how happy he’d been that I shared what I did, and that they had looked up my website, and his grandkids even knew about my Dragon books, and that instead of everyone being horribly sad, they were all talking and laughing and looking up Dragon pictures and asking their grandpa how he knew me, and then he went to sleep and died.

I don’t want to have a heart so full that I can’t tell if it’s happiness or sorrow, but as C.S. Lewis said in the play Shadowlands, that’s just part of the deal.

That this Signal is happening right before one of the more meaningful announcements of my life and career is not accidental, but synchronicity. That, and the deliberate choice to do better, to be better, and to reach out from the present moment to find ways to heal the past and make stronger and happier the future.

If I have hurt or wronged you, I hope you will allow me the chance to restore you; if you ever feared you have hurt me, don’t. It isn’t important, and I’ve let it go, all of it. I may make more mistakes in the future – but I’m better at knowing them, now. And I will do everything I can to be stronger, and happier, and the best person I am able to be. For myself, for you, for everyone I can – readers, friends, family, and all those whom I trust and love the most.

In sixteen hours, my heart and soul has gotten stronger because I wanted it to be. Because of that choice, someone else’s pain was lessened, and their happiness increased. That, right there, just became one of my great objectives in life. Lessen pain, increase happiness. Offer love as often as possible. Don’t hold back. And don’t let go of each other’s hands. 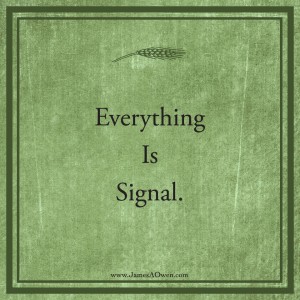