When other people try to argue and/or convince you that you’re really bad at something, it’s sometimes difficult to resist the urge to give in and agree with them, because everyone feels inadequate at one point or another, and in those moments, your feelings and the slings and arrows line up, making it harder to resist.

Likewise, when you know you’re actually brilliant at something, others may argue that you aren’t, and in those moments, you have to decide if you agree with their assessment, or your own, and often all you need to do is believe in yourself, take action, and let the results speak for themselves.

But sometimes, you yourself feel inadequately prepared to do things that you KNOW you are actually brilliant at — and in those moments, it becomes an entirely internal matter.

You know the people who tell you you’re awful are wrong, because you have a history of bringing the Awesome; and the supporters who are encouraging you and telling you that you can Do The Brilliant Thing are only wrong if you decide they are. So then it comes down to a simple, stark realization:

The only thing you need to do to clear out all of the mental clutter, to push aside all of the stresses and worries of what you are grappling with, is to just Do The Brilliant Thing that you already know you are capable of doing.

Anything else, any hesitation, at all, is you — YOU — deciding for yourself that being Awesome, that being brilliant, that doing what you love and do best just isn’t possible.

If you want to argue for your own inability to do something, no one else will ever be able to prove you wrong.

But if you believe that you are capable of doing something brilliantly, then you simply need to set everything else aside, and do that. Just do it. And everything else will sort itself out. 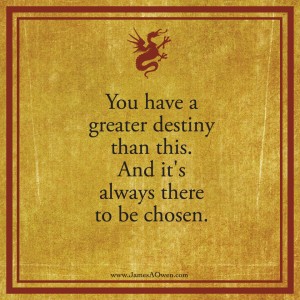