I was just watching a documentary that mentioned how a talented composer had just had a show open on Broadway in New York – and close almost immediately. The show was a disaster, and judged by almost everyone as a total failure. The composer was written off as someone who had risen to the pinnacle of his field, and couldn’t make it. To most appearances, his career seemed to be over.

Then Howard Ashman moved to California and wrote the Academy-Award-winning music for THE LITTLE MERMAID.

Sometimes, a catastrophe is only a course correction. 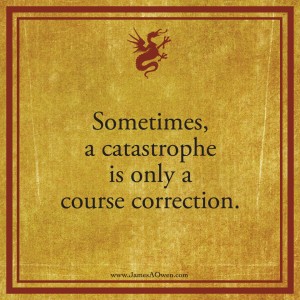